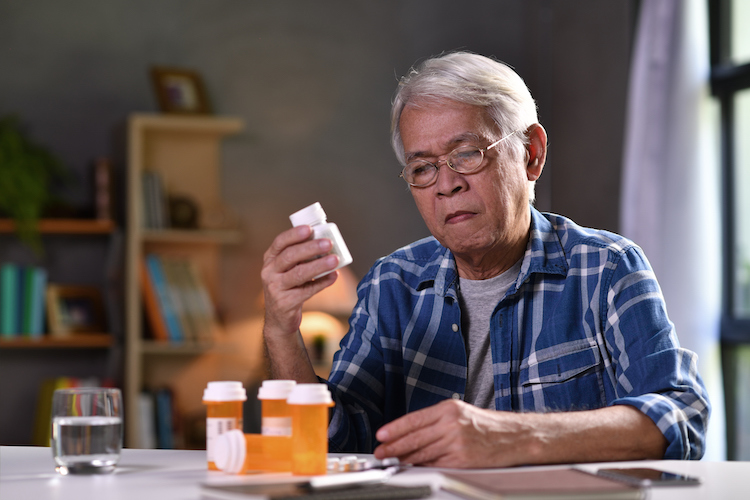 Anyone who has taken prescription medicine understands that it typically includes a thorough listing of potential negative effects to watch for. Even though prescriptions are, admittedly, intended to help us, the danger that may result from these adverse reactions can often be more severe than the benefit we gain.

For older adults, almost all of whom take multiple medications, the prospect of experiencing an adverse medication side effects is increased. However, amazingly, over 50% of all older adults in a recent study experienced unfavorable side effects from a medication without ever reporting them to their physician. Even more startling: when these problems were reported, doctors did not always make note of them in the seniors’ medical records.

An astounding 78% of people who took part in the study reported symptoms that were clinically identified to be adverse reactions to a prescription drug. And only 39% of those older adults had reported their concerns to their doctors, with as few as 10% of the reported symptoms being contained in the seniors’ medical records.

The most prevalent adverse reactions were described by older adults taking these particular medications:

Caitriona Cahir, PhD, a research fellow in the population health sciences division of the Royal College of Surgeons in Ireland in Dublin, suggests that seniors, “be provided with concise information resources that describe the purpose of their medication and help them anticipate and recognize adverse drug events and seek appropriate treatment. Adverse drug event interviews with a nurse or pharmacist could be incorporated into patient medication reviews as part of a patient’s ongoing pharmacologic care.”

Abby Senior Care, a trusted provider of in home elderly care in Denver and the surrounding communities, can help as well. Our caregivers provide a watchful eye and ear for seniors, to pick up on any health issues or concerns and document them immediately so they can be resolved. We also provide medication reminders, to make certain meds are taken exactly when and how prescribed, eliminating missed or doubled doses that can also cause harmful reactions.